Inspired by Robert Kramer’s 1987 Documentary Route 1 USA, I am creating art works-sometimes collaboratively – inviting local artists -from objects I am finding in our waters from Key West, Florida to Fort Kent, Maine.

Exhibitions, panel discussions, student workshops, artist invitationals, school visits and adult events are being planned at many sites along Route 1, especially  the previous  Kramer locations.  Are you aware of Kramer’s Route 1 project?   Funding is also being sought to preserve the entire experience as a video documentary.

The ongoing curriculum development will be informed by the results of the research and the invited input of community members, salt sea workers of all kinds, city planners, museums, galleries and sustainability groups.   Please join me. Invite me to include your Route 1 town or city.

Barbara Rogers Bridges is a Maine native who has become increasingly concerned with the ocean trends she has seen over the last several decades.

In the largest body of fresh water on the planet, Lake Superior, there is a toxin alert on the salmon. In Barbara’s Treasures of the Inland Sea series she looked at what has happened to this natural resource- our inland sea. http://bridgescreate.com/artwork/totis-1

The future water concerns are here today.  Our concern for the quality of our water should be a national and international dialogue.

It is my belief that social practice art invites the participants to consider serious social issues while experiencing the joys of collaborative creating.

Join us in the non-profit Art To Change The World https://www.arttochangetheworld.org/for more information.  Contact Barbara at drb@bridgescreate.com.

The creation of Mainerwas a five year labor of love. My oil painting of  the Heritage Schooner was inspired by the needlepoint chair backs I have enjoyed viewing at the Searsport Marine Museum in Searsport, Maine. The pillow was a wool hooked rug pillow created  by a Castine, Maine rug maker and the buoy came from my lobster people family in Stockton Springs.  The lobster claws are from three pound lobsters I buy, dry and clean using ant helpers.  When “cured”, I seal them in boat epoxy.  The large rope comes from local boat yards and found on the beaches I walk from Kittery to Eastport.  Sandy Point, Maine

After 36 years of living on Sandy Point Beach in Chateau Mer, I finally created this work in August of 2014. We consumed these lobsters, I saved all these objects for some higher purpose over the course of 36 years.

This work captures the soul of Maine.   Read More 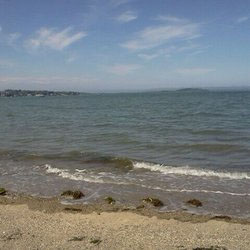 Wollaston Beach in Quincy, MA was a pungent experience when I stepped from the car.  I saw many people running and playing and swimming in the water but it smelled of chemicals to my nose.  I spent quite a bit of time trying to verify and identify any studies done on water quality.  I  did find several federally funded reports which reported raw data which was difficult to analyze with no legend for acronyms but I did find the following summary which indicated that the risk for swimmers was human waste-not chemical.  Click here to review 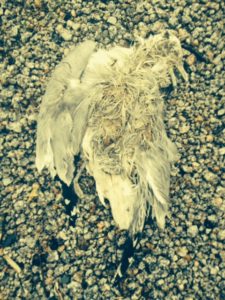 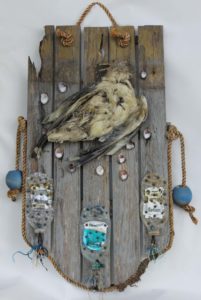 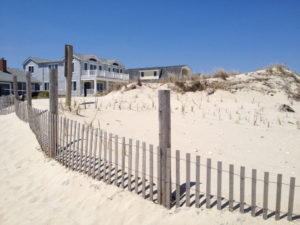 The  Jersey Shore was an icon of middle class access to the Atlantic Ocean. This was NOT the haven for the Duponts and the Biddles.  Snookie  brought infamy to the Jersey Shore but Hurricane Sandy brought the real devastation.  The warren of what some would describe as shacks and others as “the cottage on the Jersey Shore” was scoured clean down to the sand, along with what ALL would agree, was many generations of memories.

I had a hard time finding access TO the shore. The hurricane fence runs uninterrupted for 10 to 15 blocks. They are protecting the dunes.  I finally made my way to the water and the beach was beautiful and deserted! See Video below 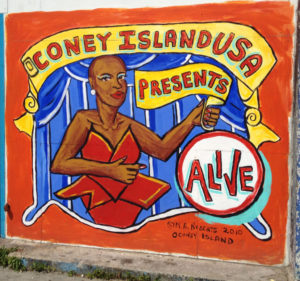 As I pulled over the Brooklyn Bridge after driving from the Long Island Cross Sound Ferry dock in New London Connecticut, I was still open to where my New York waterfront study would be the most meaningful. I suddenly saw a small little 12” green “Coney Island” sign. It captured my imagination. Hard to do. 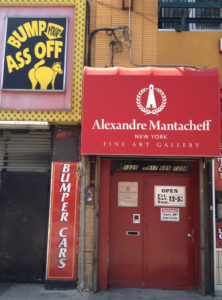 Coney Island has most assuredly been sanitized from what we have read in the history books.  The beach was quite clean but with the grit, went the texture. 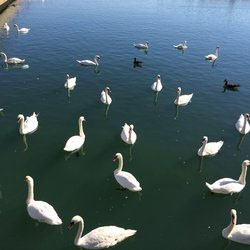 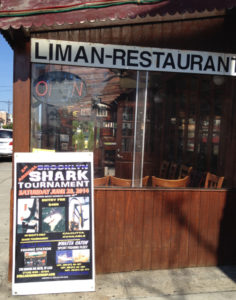 SWANS???  The first thing I noticed when I arrived at the Brighten Beach, Brooklyn waterfront were the swans- in salt water!  That was a first for me. Hundreds and hundreds of swans. The hotel sent me to Liman’s for dinner.  This Turkish restaurant delivered one of the best meals I have enjoyed anywhere!  When I asked about the swans- they declared they had always been there and reported the EPA had tried to kill them! Asking Dr. Google for confirmation revealed the STORY Does it get any better?  The mute swans could not speak for themselves!  I checked with the fisherman and I wish I had had the video running. They had many choice words to describe how the plethora of swan poop had changed the chemistry of the water and ruined the flounder and fluke fishing!!

As I drove under the train on Brighten Beach Boulevard I could not help but think about Neil Simon’s Brighten Beach Memoirs about growing up in Brooklyn in 1937.  You can read about the play and see it at the Kelsey Theater.

Brighten Beach changed dramatically in the late 1930’s with the German Jews fleeing from Hitler and Russian Jews from Stalin, next the fall of the Soviet Union and most recently the conflict in the Ukraine have contributed to what is now a  predominantly Russian speaking 10 block section of Brighten Boulevard. I can testify.  I shopped for sculpture materials. Read More

It is illegal to have a shark fin in Minnesota and I noticed a tournament in Brooklyn. Interesting, No?

Click below to hear what Brooklyn fishermen have to say! 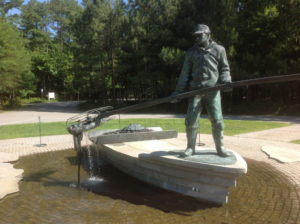 After a grueling road trip from Gary, Indiana, I arrived at the Ann Marie Gallery in Dowell, MD. I have been around more than a few blocks but AnnMarie offers a unique experience which includes highly creative educational programing (theater in the woods, message in a bottle, materials and technique classes and more), special exhibitions (Seagoing “Woolies” was there when I arrived), forward thinking /interactive participant calls for art (Instagrams), and a darling Fairy House project which has inspired me to create a similar call for houses in Sandy Point!  Read More 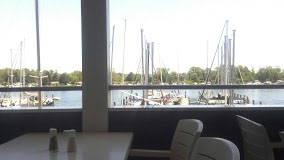 As I sit at the Dry Dock Restaurant in the Solomon Islands,  MD on Chesapeake Bay (known as the Solomon Islands), I am experiencing the adrenalin rush I enjoy when I am “on the hunt for objects and data.  I have found a giant horseshoe crab, a weathered board of great character and a oyster midden. Does it get any better?

I am awaiting my dinner of ‘rockfish”. I am amused with my rockfish since this culinary delight is known to me in Maine as “striped bass” also known as Bluefish”. Mainers scorn this fish as “oily”. I just paid $57.00 for a four inch square of what is rejected in my home state. As many of you know, semantics is a special area of cultural context that I find mesmerizing.

The Working Waterfront (a Maine fisherman weekly) and other publications, claim the striped bass (stripa’s- as they are called Down East)  are in decline. Details  PropTalk ( Chesapeake Bay Power Boating) claims they just had the best “rock fish” season ever. Perhaps they caught all the rock fish in Maryland before they are reaching Maine?

On page 17 of the June 2014 PropTalk, Zach Ditmars has a fix for the Chesapeake Bay invasive fish- the Snakehead. Rename them the ” spotted channa” and eat ’em – he directs and gives a recipe including breading and deep fat frying.

Orange Roughy was once called ” slime head.”  I would challenge the Mississippi waterways wardens to run a cooking contest for the “invasive carp” (renamed in Minnesota to avoid offending the Asians) . Then let’s eat ’em.  Click here for one idea. We homo sapiens seem especially skilled at eating most everything which walks, crawls, swims or flies!