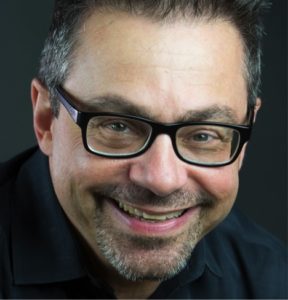 Steve Barberio has been a successful nonprofit leader, arts producer, and consultant for more than 30 years. He’s served as head of several major arts organizations and community nonprofits across the country, most recently as the Executive Director of Joy of Motion Dance Center in Washington, D.C. He now serves as the Executive Director of Bet Shalom Congregation in the Twin Cities.

Steve has produced and/or directed over 150 professional theatre productions since 1985. He was the Producing Director of Stages Theatre Company in Hopkins, MN from 1988 until 2005, where he built The Hopkins Center for the Arts, a 37,000-square-foot multi-discipline arts facility. As a performing arts presenter, he has provided audiences with theatre, dance, alternative rock, jazz, aerial arts, improvisational comedy, and stand-up comedy. He is considered an expert in arts education, especially in the area of the integration of the arts into other academic content areas.

Steve has provided counsel in areas of governance, management and communications to the private, public and nonprofit sectors. His work as a strategic planner has assisted several groups seeking to grow and strengthen their organizations. His facilitation in leadership development has helped over 200 nonprofit executives become clearer about their vocational purpose and the values they want their work to reflect. He is an alumnus and former Senior Leadership Consultant of the James P. Shannon Leadership Institute in Saint Paul, Minnesota.

Steve has been influential on many nonprofit boards of directors, serving as trustee for such NM organizations as Mother Road Theatre and the Holocaust and Intolerance Museum of New Mexico and Dance Metro DC in Washington. In Minnesota, he was President of Minnesota Citizens for the Arts and the Minnesota Shakespeare Company, among other nonprofits. Nationally, he was President of the American Alliance for Theatre and Education (AATE), and in that capacity, he spent two years on the Steering Committee of the Arts Education Partnership in Washington, DC.

Steve recently moved back to the Twin Cities to take on his new role at Bet Shalom, which is a Reform Jewish congregation that provides a sacred community for study, ritual, and social action. He can be reached at Steve.Barberio@BetShalom.org.