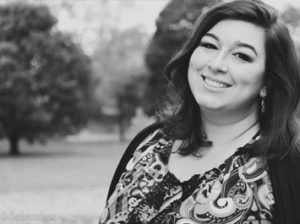 Sarah’s Anishinabe name is Keezheekoni, meaning “Burning Fire.“ Her name giver told her that the name reflected her fiery passion and ability to light up a room. She was raised by parents who taught her the importance of speaking out against injustice. She has two sisters who have shown her what powerful women look like. She has 3 nieces and 3 nephews who prove that the future is in good hands. She has a husband who has taught her that love nourishes the spirit. She has a dog who has taught her that if you look cute enough, you can get away with climbing onto the table and eating a cake that is roughly half your size.

She has worked as an advocate in the Native community since 2010. Her hope for the film is that it will serve as a response to every person who has ever said “Native Americans need to get over colonization. All of those atrocities happened hundreds of years ago.“ The truth is, colonization and genocide against Native Americans has never stopped. It has merely changed tactics.