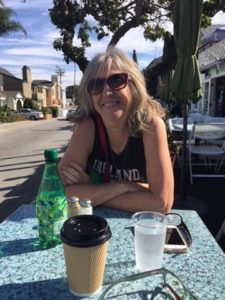 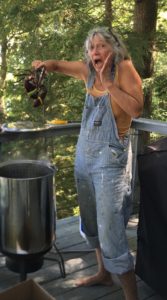 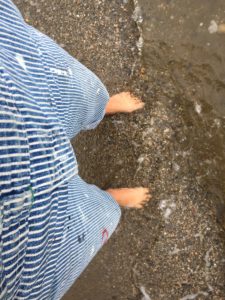 Sandy Gillespie exhibited throughout Alaska, her home for 22 years. Her work is held in the collections of the Anchorage Museum, the University of Alaska’s Museum of the North, the Alaska State Museum and Alaska’s Contemporary Art Bank. She has received Individual Artist grants from the Rasmuson Foundation and the Alaska State Council on the Arts. As a co-founder of SoNot, a coalition of six Fairbanks artists, Gillespie organized exhibitions throughout the state, including Double XX, the first comprehensive look at contemporary women artists in Alaska. Gillespie has worked for both the Alaska State Council on the Arts and the Fairbanks Arts Association as Visual and Literary Arts Director, and for UAF’s Summer Fine Arts Camp as Visual Arts Director.

Since moving to Minneapolis five years ago, Gillespie has had one solo show and has participated in several group shows. She has served as Curator for a Pop-Up Show for WARM members, a panelist for the Minnesota State Arts Board grants program, and Juror for the Powderhorn Park annual arts fair. She is working toward a Certificate in Book Arts at the Minnesota Book Arts Center.

Gillespie has been a resident teaching artist in Alaska schools, and she taught for many years as an Adjunct for the University of Alaska. Her MFA is in creative writing, and she has published poems in Calyx: a Journal of Writing and Art by Women and in Building Fires in the Snow, a University of Alaska Anchorage anthology and finalist for a 2016 Lambda Award. She has five poems in AROHO (A Room of Her Own) Foundation’s forthcoming anthology The Waves.