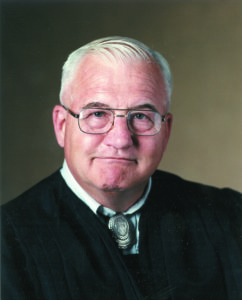 Starting in 1959 as a 19 year old college student, Judge Randall spent a year in Norther Alaska in a K-12 school for native Inuit students.  That concern for the rights and well being of minority citizens and under-privileged people has marked his 51 year career as an iron range public defender and and 34 years as a judge on the Minnesota court of appeals.